Well-deserved time off for the holidays is just around the corner, and there’s no better way to spend it than by relaxing with your family!

This time off is the perfect opportunity to get your family into the spirit of the season with festive at-home movie nights. If you own a D-BOX high-fidelity haptic seat, then you’ll really feel the magic come to life!

If you need some help deciding which movies to watch, then look no further than our list of the top 6 holiday movies available with D-BOX haptic feedback. 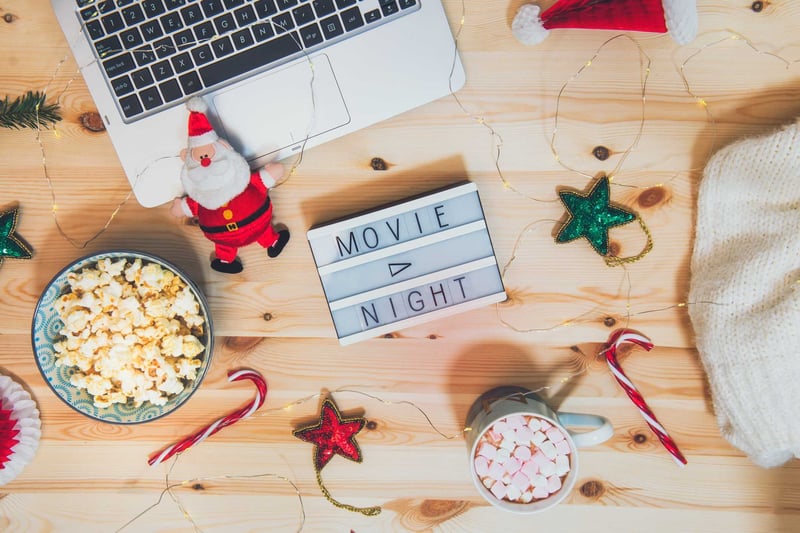 When a baby named Buddy crawls his way into Santa’s sack one year after a stop at an orphanage, he’s unknowingly brought back to the North Pole where he’s raised by Santa’s elves. Fast forward to adulthood, and Buddy is sent into an existential crisis when Papa Elf tells him that he’s not really an elf and that his human father is on the Naughty List!

Wanting to both meet and redeem his father, Buddy heads to New York City to experience being a human for the first time and to connect with his father Walter, half brother Michael and stepmother Emily. However, navigating the Big Apple as a human elf proves to be much more difficult than Buddy originally thought!

Starring Will Ferrell, Zoey Deschanel, James Caan and directed by the renowned Jon Favreau, Elf brought in more than $270 million worldwide and is still regarded today as one of the best Christmas movies of all time.

Head on a cross-continental adventure with Buddy and experience every moment of his journey by watching Elf with D-BOX’s high-fidelity haptic feedback!

Directed by Ron Howard and inspired by the 1957 Dr. Seuss book of the same name, this Oscar-winning Jim Carrey holiday film is sure to remind you of the true spirit of Christmas!

Years after the Grinch—a green creature who hates Christmas—flees to Mount Crumpit to escape whe Whos who bullied him, he’s lured back to the town he despises by little Cindy Lou Who. Having run into the grumpy Grinch at the post office, she wanted him to experience the joy of the season—so she nominated him as the town’s Cheermeister!

However, when his return ends in his humiliation, he plots his revenge—and comes up with a comical plan to steal Christmas from the Whos of Whoville.

This classic tale made more than $345 million when it was released worldwide over 20 years ago, and it held the record for the highest opening weekend for a Christmas-themed film for over 18 years—only to be surpassed by the release of the 2018 version of The Grinch.

Credited by the Guinness World Records as being the first all-digital capture film, The Polar Express follows a young boy who begins to doubt the existence of Santa Claus on a journey of self-discovery aboard the Polar Express, a steam engine train that picks him up on Christmas Eve.

On the train he meets two other young children and together they ride to the North Pole, embarking on a magical adventure that will help them discover what it means to truly believe.

Also filmed in motion capture by the same director as the Polar Express, A Christmas Carol is an animated retelling of Charles Dickens’ classic novel of the same name.

When Ebenezer Scrooge gets an unexpected visit from the ghost of his deceased business partner on Christmas Eve warning him to change his ways or suffer a terrible fate, Ebenezer’s life is changed forever. Through visits from the ghosts of Christmas Past, Present and Yet to Come, the Scrooge must recognize the errors of his ways or suffer the same fate as his colleague.

With Jim Carrey taking on the roles of Ebenezer Scrooge, the Ghost of Christmas Past, Christmas Present and Christmas Yet to Come and with Gary Oldman playing the roles of Bob Cratchit and Jacob Marley, this 2009 film will take you on a journey through time to understand why the Christmas spirit is important all year-round.

Starring Macaulay Culkin, Joe Pesci and Daniel Stern, this holiday classic is sure to leave you in tears of laughter and to fill your heart with the holiday spirit!

This 1990 film follows 8-year-old Kevin who is accidentally left home alone by his parents during Christmas vacation. At first he’s overjoyed by his newfound freedom, but when his family’s home becomes the target of holiday burglars, he has to take matters into his own hands—by adding booby trap upon booby trap into every corner of the building.

You can follow the tale of Kevin vs the burglars and feel every trap being set off by watching Home Alone at home with D-BOX’s haptic feedback.

When a young Yeti escapes from a compound owned by a wealthy businessman who wants to use him for selfish purposes, teenager Yi—who is so busy she can’t be bothered to spend time with her family—finds the mythical creature on the roof of her apartment building.

Lovingly naming him Everest, Yi eventually gains his trust and goes on a mission to reunite him with his family before his captors can find him and return him to the research facility he originally escaped from.

Starring Chloe Bennet, Albert Tsai, Tenzing Norgay Trainor, Eddie Izzard, Sarah Paulson and Tsai Chin, this 2019 animated film will capture the hearts of everyone and remind you that family truly is the most important thing.

‘Tis the season for festive movies and lengthy binges

Regardless of age, these six family-friendly holiday movies are perfect to watch with D-BOX haptic feedback. They’ll plunge you right into the heart of the season and you’ll truly feel the magic come alive!

Should you make your way through this list, there are more than 2500 other movies and television series you can watch to help you relax on your time off. If you’re up for a movie marathon, your holiday vacation could be the perfect time to experience the entire Harry Potter series with haptic feedback!

If you simply want to browse the other holiday movies available, then be sure to check out our Christmas Movies section in the D-BOX PLUS catalogue.

However you decide to spend your time off, we hope your entertainment experiences move you like never before.