With the release of the new Fantastic Beasts and Where to Find Them movie being a little less than 24 hours away, now is the perfect time to fully immerse yourself in the magical Wizarding World of Harry Potter by reminiscing on some of the series’ best movies that are available with D-BOX’s at-home high-fidelity haptic feedback!

Though you likely won’t have time to do a full-blown Harry Potter movie marathon if you’re planning on seeing The Secrets of Dumbledore this weekend, there are few things you can do to really bring the magic back to life before heading to your local D-BOX theater.

In this blog, we’ll help you get ready by giving you a refresher on the original series, discussing the inspiration for the Fantastic Beasts spinoff series and motivate you to re-watch the prior two films with D-BOX haptic feedback!

Harry Potter: The series that started the magic

Though it’s unlikely you’ve forgotten one of the most influential book & movie series of all time, one of the best ways to pump yourself up for The Secrets of Dumbledore is to revisit the magic of the original Harry Potter series, which has sold more than 500 million copies worldwide—making it the best-selling book series in history.

Should you want to re-visit your favourite of the 8 movies, all 8 are available with D-BOX’s signature at-home haptic feedback!

The novels and films chronicle the life of Harry Potter, a young, orphaned wizard, as well as his friends Hermione Granger and Ron Weasley, all of whom are students at the Hogwarts School of Witchcraft and Wizardry.

When Harry is contacted as a young boy in the first novel by a half-giant named Hagrid, he learns not only that he’s a wizard, but that his parents were murdered by Lord Voldemort—a dark wizard who intends to become immortal, take over the governing Ministry of Magic and rule over all wizards and muggles (non-magical humans).

While Voldemort attempted to kill Harry as a baby as well, the spell rebounded and failed—leaving Harry with his famous lightning-shaped scar and nickname, the boy who lived.

As Harry’s 7-year magical education at Hogwarts goes on, Voldemort consistently grows stronger—he finds a body, resurrects himself, and begins building an army to accomplish his goal. However, over the years, Harry becomes stronger as well. Not only does he learn magic, but he creates indestructible bonds with others, seeks out truth and justice in all places, and most importantly, he finds the courage to do what’s right: take on Voldemort and his army to save the Wizarding World, even if it means sacrificing himself.

You can also plunge yourself back into the magic of the original series by watching the 20-year HBO Max reunion that premiered in January of this year (although it’s not yet available with haptic feedback, it’s worth the watch)!

Did you know? Fantastic Beasts and Where to Find Them was originally a book!

That’s right! The inspiration for the spinoff series comes from J.K. Rowling’s 2001 book that goes by the same name, though it was written under the pen name Newt Scamander.

The premise for the book is simple: like any ordinary muggle school, students who got bored at Hogwarts tended to doodle in their textbooks, and Harry was no exception. The book is written as if it was a Hogwarts textbook about all the magical creatures that Newt discovered on his journeys, which Harry was eventually assigned for a class!

Its 128 pages are filled with doodles and notes from Harry, Hermione, Ron and more, as they recount where they encountered certain magical creatures and what they learned about them. The book is a short and great way to further immerse yourself into the Fantastic Beasts series and will teach you far more than what the movies can about all the fantastic beasts in the Wizarding world, and—you guessed it—where to find them!

Fantastic Beasts and Where to Find Them: The first movie

Set 70 years before Harry reads Newt’s textbook at Hogwarts, the first Fantastic Beasts and Where to Find Them film was originally released in 2016 and follows Newt during the mid-1920s and he roams New York with a mysterious suitcase.

In the increasingly tense political landscape of the Wizarding World, the young activist sees his suitcase—which is home to dozens of magical creatures—disappear in a time when disasters occurring left, right and center are being credited to the dark Wizard Gellert Grindelwald. Fearing the worst for his magical friends (and for himself), Newt goes on a rapid quest to get them all back—before things spiral out of control for him.

Starring Eddie Redmayne, Katherine Waterson, Dan Fogler, Alison Sudol and more, Fantastic Beasts and Where to Find Them is just waiting to be re-discovered by watching it with D-BOX’s high-fidelity haptic feedback! 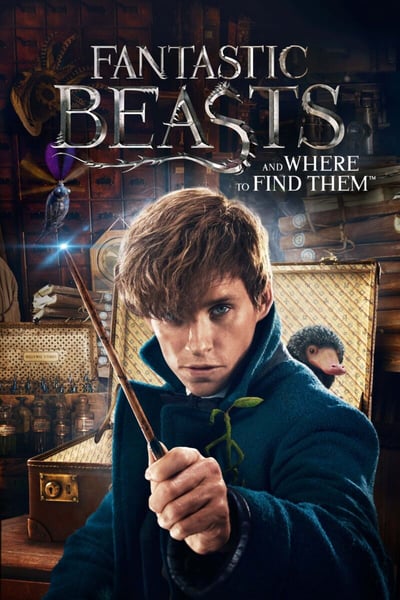 Fantastic Beasts: The Crimes of Grindelwald

Released two years after the previous film, Fantastic Beasts: The Crimes of Grindelwald is the 10th film in the Wizarding World franchise and sees Redmayne, Waterston, Fogler, and Sudol reprise their roles, while Johnny Depp, Zoë Kravitz and Jude Law join the star-studded cast to keep the magic going.

Now that Grindelwald has become more powerful, Albus Dumbledore has no choice but to enlist Newt, his former student, to help. Not knowing what dangers lurk around the corner, Newt’s loyalty is put to the test on his journey—leading to an even more divided Wizarding World.

Fantastic Beasts: The Secrets of Dumbledore

In the latest film of the Fantastic Beasts series, Gellert Grindelwald finally rises to power in the Wizarding World. When Dumbledore realizes that he remains incapable of stopping him alone, he sends Newt to lead a team of wizards (and one muggle!) to encounter beasts unlike any they’ve ever seen before. If this mission fails, Grindelwald’s army will grow too large, putting the entire world at risk!

However, with everything on the line, wizards everywhere can’t help wondering: why on Earth is Dumbledore sending Newt instead of fighting the battle himself?

Featuring Mads Mikkelsen as Grindelwald, you’re sure to feel the tensions boil over when Fantastic Beasts: The Secrets of Dumbledore hits D-BOX theaters tomorrow! 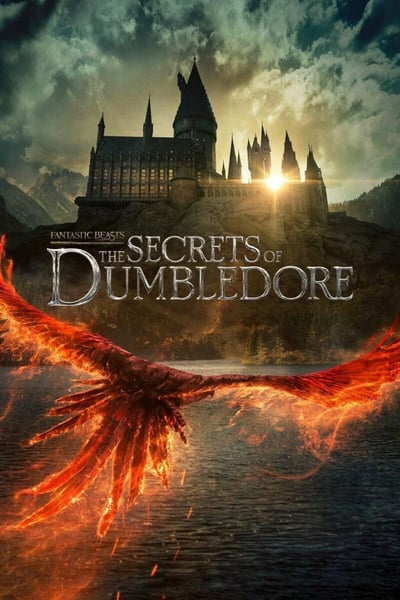 Time to hit the theaters! The Secrets of Dumbledore starts tomorrow

Now that you’ve re-immersed yourself in the magical world of Harry Potter, you’re ready to take in the latest Fantastic Beasts film as of tomorrow!

Whether you’ve prepared yourself through any of the original books, through the Fantastic Beasts book, through binging some of your favourite Harry Potter movies or through re-watching the other two Fantastic Beasts movies, the best way to enjoy The Secrets of Dumbledore is to feel every spell and every magical moment thanks to D-BOX’s in-theater haptic feedback! 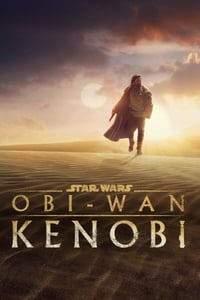