While haptic technology is not extremely well known and understood by society at large, it is arguably one of the most rapidly evolving and expanding technologies today. From gaming consoles to smartphones to cars and robots and even to space exploration, haptic technology can be seen everywhere—and the future potential for it is limitless.

That being said, what exactly does haptic technology have in store for 2022?

According to Robert Desautels, D-BOX’s Chief Technology Officer who was recently appointed as both Chairman of the Board and as President of the Haptics Industry Forum—the global standard and reference of the haptics industry—2022 will be a year in which haptics are expected to become more mainstream and blossom into a more common form of technology that will be found in nearly all aspects of our lives.

After attending the 2022 Consumer Electronics Show (CES) and the 2021 Smart Haptics conference, we’re seeing recurring trends in the haptics industry. Keep reading to learn more about what trends are being seen to start the year, where they’re expected to go and how haptics are expected to grow over the next 12 months! 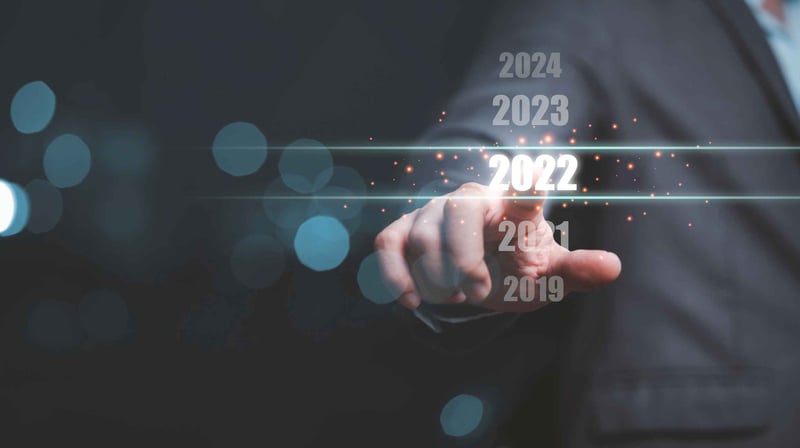 While more than 80% of haptic technologies can be found in mobile devices, many other industries are starting to take advantage of the numerous market opportunities for haptics. Haptic technologies are expanding into the automotive industry, into wearables and into smart homes, which are all haptic-relevant markets expected to see strong growth in 2022. The more the technology evolves, the smarter the solutions will become—meaning that it will be easier for device designers to integrate the technology into common operating systems.

By combining haptics with existing technologies in markets such as these, consumers can experience a richer sense of touch in multiple environments that can help them make driving safe, deliver more accessible experiences and help them redefine how we engage with the digital world, among other things.

However, for this rapid expansion to occur, the industry would need to create a unified protocol for haptics. This is actually the main goal of the Haptics Industry Forum—the current market and product specific variations in how realistic haptic feedback is created and rendered hinders its growth, so if haptic technologies can be unified, then even yet-to-be-invented products will be much more inclusive and easier to adopt.

Exploring the future of haptics

Naturally, you might be wondering: once haptics are unified, where do they go next?

For the answer, look no further than the ever-expanding amount of touchless technology infiltrating our lives. With products such as the Google Home or Amazon Alexa growing steadily in popularity, haptics will have to find a way to bring the sense of touch to the touchless—something never thought possible.

To do this, some companies in the industry, such as Ultraleap, are working on mid-air haptic technology that will allow users to receive virtual tactile feedback without needing to wear or touch anything at all!

In the near future, haptics are also expected to make a bigger impact in the music industry by further immersing consumers into the music they listen to daily. With haptic motors growing stronger and more powerful in mobile phones, they’ll be capable of providing feedback in sync with whatever music is being played—meaning that the user can feel the beat through their hands as well as by hearing it with their ears. As a matter of fact, QQ-Music— a Chinese music app with millions of users—is already starting to roll this out.

Even the hearing impaired will be able to attend live music concerts, according to Music: Not Impossible. Through their ecosystem that triggers human emotions and that fosters artistic expression through the sense of touch in a way that blends art, science, visual arts, music, spatial audio with haptic technology, they’re redefining musical experiences for those who cannot experience music the way that much of the world does.

Second to mobile devices, haptics are most widely used and known among the gaming community. With the traditional rumble controllers being the norm on nearly every console, 2022 will be the year to change how gamers experience haptic feedback!

While at the 2022 CES, D-BOX partnered with Razer to unveil the Enki Pro Hypersense, a revolutionary gaming chair with D-BOX’s high-fidelity haptic technology. This chair will feature more than 65,000 movements, vibrations and textures that will fully immerse players into their games, and the chair will be functional for D-BOX’s catalogue of over 2,000 movies, television series, games, music videos and relaxation playlists as well!

While new innovations like these will continue to hit the market, one of gaming’s core challenges going forward is figuring out how to communicate to players just where exactly an object is in space. If there’s a tree to the character’s left and an enemy behind them to their right, how do you efficiently communicate both those things at once through haptic feedback? Once this is figured out, not only will it further immerse players into the game, but it will take the fun factor up ten notches and help gamers take their skills to the next level. Developers may also find clever ways to use this capability to change a game’s mechanics!

The next advancement that can be expected for gamers is haptic feedback that will always remain realistic and concise, all while being perceived the way the gaming studios intended regardless of a user’s setup or gaming properties. Different consoles, different feedback intensity settings and different users used to be a problem for haptics in gaming, but this should be unified in the near future to ensure an outstanding experience for all.

Another exciting development in the gaming and entertainment industry is the emergence and growing popularity of virtual reality, which has the ability to plunge users into whole new worlds and endless virtual scenarios that don’t truly exist.

Haptic technology is also the form of technology that’s expected to continue to revolutionize the world for the hearing and visually impaired in the coming year.

The world should expect tactile displays such as iPads or tablets to become more accessible to the visually impaired. For example, NewHaptics are working on creating blind-friendly tablets with hundreds of tiny, pressure-based actuators within a tablet that can independently move up and down, a braille version of the page can be re-created—giving the visually impaired further access to digital information and to a technology they didn’t have access to before.

The raw sense of touch that haptic feedback provides can also not be overlooked. Humans biologically need the sense of touch and nurture to survive, so technology that’s able to bring it to those who are immunocompromised or otherwise unable to touch can revolutionize the way we think of wellness and connectedness.

The future is coming faster than you think

With haptic technology starting to break out into new fields (and into old fields in new ways), everyone in the industry agrees: it’s an exciting time to be in the business of haptics.

With all the ground-breaking technology that’s predicted to come in the near future, 2022 is gearing up to be the year where haptics become much more mainstream, and the year in which they garner much-deserved public attention.

Despite this, haptic industry leaders such as D-BOX are continuously looking beyond just tomorrow—they’re planning how haptic technology can revolutionize our lives in different ways for decades to come. 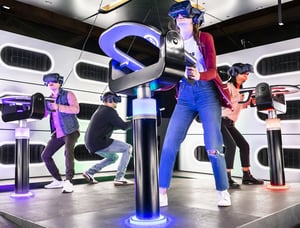 Demystify the Metaverse: How Will it Work?