About Us
Executive Team
News
Events
Investors
Contact Us

Calytrix Technologies and their partner company Titan IM set out to create the future of simulation. 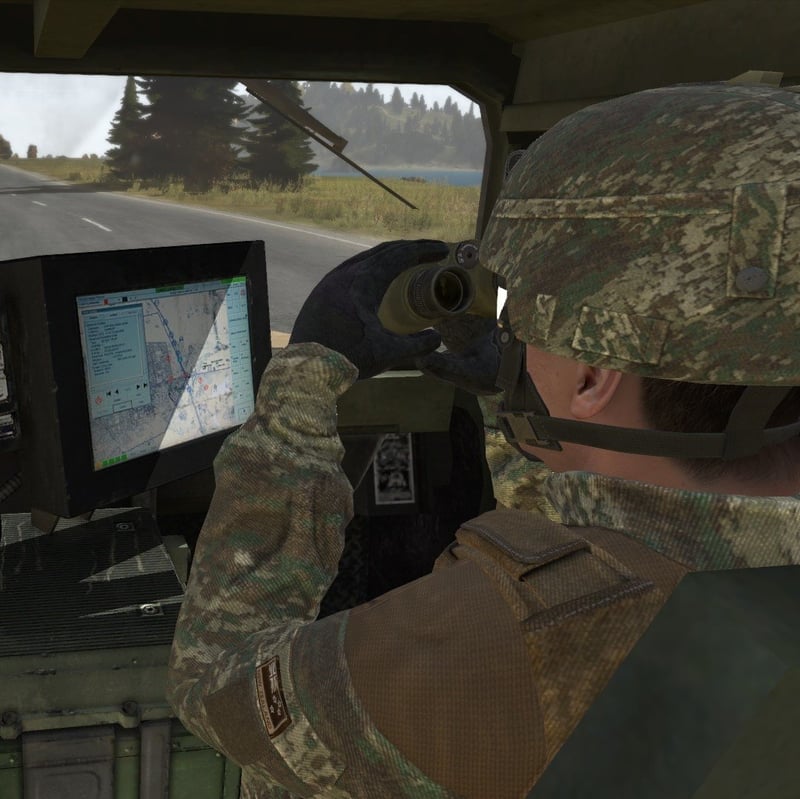 When Calytrix Technologies and their partner company Titan IM set out to create the future of simulation, they understood that real success would require big solutions to the limitations and core problems of current simulators.

For Shawn Parr, CEO of Calytrix, Titan Vanguard represented a substantial capable leap from existing and aging solutions that meets the evolving and growing requirements of modern military training.

“With Titan Vanguard, users can build true-to-life simulators quickly and easily. It is essentially a new class of virtual technologies for the defense sector that lowers the barrier to entry and the high cost of ownership in delivering projects,” explained Parr.

What makes Vanguard so exceptional is that there are no limits from a geographical or conceptual viewpoint. It is a complete ecosystem in which to create, experiment and experience. Or, as the company describes it: a global sandbox.

This made them the ideal partner for their project, but something was still missing.

With over 20 years experience in the IT industry, the last 15 years in the Defense Simulation and Training domain, Parr knew he would need to partner with word-leading companies to surpass industry expectations.

Motion would, not surprisingly, be a key factor in bringing the realism of the virtual environment home.

To that end, Parr searched for a motion platform technology that would deliver a fully immersive simulated training experience and seamlessly integrate with existing industry software and architecture.

“D-BOX was the first platform that we really experimented on at the driver simulation level,” explained Parr.

“We were not sure how the motion would really respond when we started passing the system’s very accurate ground features such as rocks, mud and cobbled roads to the motion base or an independent front and rear suspension system, but the results were very impressive.”
- Shawn Parr, CEO, Calytrix Technologies

“Since Vanguard supports much longer draw distance and far greater fidelity than existing systems, the partnership of Vanguard and D-BOX is fantastic,” he added.

To create a planet-wide environment and support first-person simulation at a global level for both air, sea and land applications, Parr partnered with D-BOX because of their proven ability to support the exact motion and vibrations needed to meet the customer’s training needs.

“In the sky, they can be configured for flight and support our ‘to the horizon’ views,” said Parr. “On the ground, D-BOX systems allow us to control the motion down to the 15cm resolution we need.”
According to Parr, working with D-BOX has been as effortless as the integration of the motion platforms they offer.

“The partnership between D-Box and Calytrix, as well as our French systems integrator Agenium worked really well. The integration was quick and painless and the engineers have come together to deliver a top solution. We were also pleased by the level of corporate support to really promote and demonstrate the joint capability,” he stated.

RESULTS: STAND OUT FROM THE REST

The response thus far has been tremendous. At the 2016 ITEC show, feedback was overwhelming positive, with most drivers commenting on the quality of the visuals and the integration of the road with the motion platform.

“We had over 300 logged driving runs on the D-Box system. It always got more interesting when a driver went off-road and wondered how we had managed to build such a large and high-quality terrain box, until we explained we had the entire world in the system and they were welcome to drive until they ran out of fuel.”
- Shawn Parr, CEO, Calytrix Technologies

Vanguard to D-Box integration is currently available from Calytrix and works as a standard plug-in.

About Calytrix
Founded in 2001 in Western Australia with offices opening in the United States in 2003, Calytrix Technologies brings a level of engineering rigor and commercial expertise to the delivery of cutting-edge military simulation and training software. While their work is primarily in the defense training and simulation community, it has expanded to encompass the international humanitarian assistance communities as well.

Looking to stand out from the rest with a new class of motion simulators? 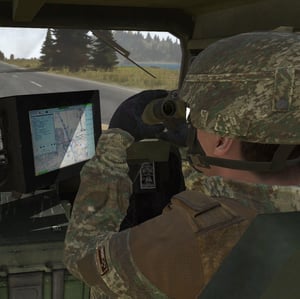 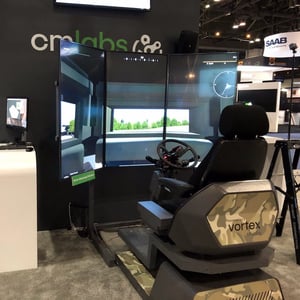