Behind the Scenes of F9: Interview with a Haptic Designer

With the June 25 release of the new Fast & Furious movie rapidly approaching, action movie fans around the world are excited to head back to the movie theatre after a year-long break. Dom (Vin Diesel) must face the demons of his past in the ninth installment of the Fast franchise as he embarks on a fast-paced journey to stop the most skilled driver and biggest threat he has ever encountered: his estranged brother, Jakob—played by the one and only John Cena. 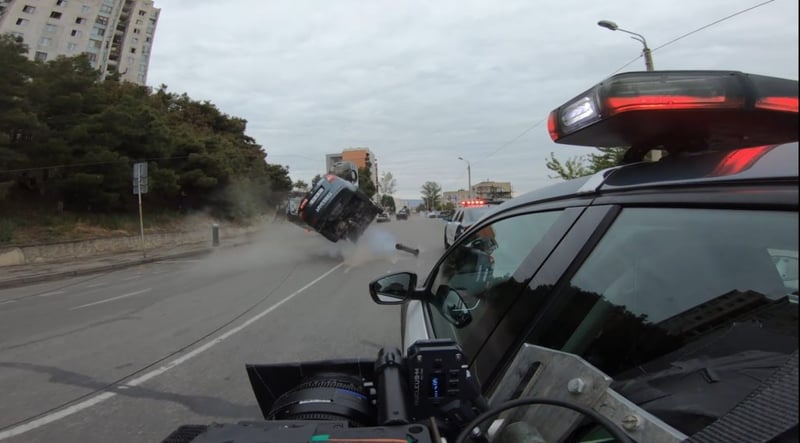 Go behind the scenes of this long-awaited next chapter of the Fast & Furious saga with an exclusive clip and then with our Los Angeles-based haptic designer, Dustin Jordan, who gives insight on how he brought F9—the film that brings the Fast franchise to bold new heights — further to life with D-BOX haptic technology. Just as the team behind F9 had to choreograph every scene with meticulous attention to detail and even run through the sequences with model cars before shooting, every movie encoded with D-BOX haptics goes through a similar process to make sure the overall experience is one that moviegoers won’t soon forget.

With Jordan having worked on the Fast & Furious franchise since Fast 6 and with him calling Fast 9 “one of the heavier titles D-BOX has ever done,” let him take you behind the scenes of how he and the D-BOX team of haptic designers use a unique combination of motion, vibrations and textures to add a whole new layer of immersion to a rapidly growing list of action-packed movies like F9.

Haptic Coding: How Does it Work?

The D-BOX magic happens in the post-production phase of a movie as haptic designers seek to elevate the cinematographic experience in subtle yet efficient ways that leave the audience feeling completely immersed in the film. This means that when encoding a movie with the trademarked D-BOX haptic motion, the designers must always keep the sound, the visuals and the seat’s movements in perfect sync and harmony!

This is important because it is this precise synchronization that creates a full sense of immersion and that brings the heightened sense of realism to the audience, making them feel as if they were truly part of the movie.

With most of our haptic designers having a background in sound or sound design and with all of them having gone through D-BOX’s unique training process they can really home in on specific details and sounds in the movie while creating the motion track. This ability and finesse creates a deeper sense of immersion for moviegoers around the world!

Through motion tracks, our team of haptic designers turns the movie’s audio and visuals into a deeper work of art that is not only perfectly in sync with the action on-screen, but that completely immerses you in the movie and enhances the storyline in a detailed, intentional way.

When it comes to a movie like F9, Jordan knew that having a balanced motion track was more important than ever before. With so much action and excitement, it’s easy for the track (and therefore the sensations in the seat) to get carried away. His goal for encoding a movie like F9 is to make audiences truly feel it all while taking care to ensure the movement is not so intense that the overall experience is unpleasant.

Not only must the designers ensure that the many different layers of code come together in a non-overwhelming way, but they have to also make sure it aligns with the artistic interpretation of the movie creators themselves.

When D-BOX claims to bring movies further to life, it’s not just a figure of speech! As Jordan explained, many of our biggest theatrical releases are collaborative projects between the movie studios and the haptic designers. The two often work together with one main goal: to enhance storylines through haptic motion, allowing moviegoers around the world to experience films like never before.

While occasionally the studios will send someone involved in production to try the experience at D-BOX’s L.A. office, most of the time D-BOX sends the working motion tracks to the studios for quality control before finalizing. This allows Jordan to get artistic feedback from those who were directly involved in the creation of the movie and make changes to his code, making sure that they 100 percent reflect the creator’s ideas and vision for the film.

By combining the expertise and attention to detail of haptic designers with the artistic intention of the creators, D-BOX audiences everywhere get to experience movies in a way that goes beyond sight and sound and that allows them to feel every moment.

Once the studios sign off on the code, it’s time for the movie to hit the big screen!

It’s truly the little things that make the D-BOX experience stand out in theatres.  According to Jordan, this is especially evident in F9!

Like all of the Fast movies, they’re packed full of fast cars. The franchise is known for its epic chases, stunts and flips that have been wowing moviegoers for close to 20 years, and because of this it was important to Jordan to keep things fresh in his coding of F9. His goal for the film was to make the haptic feedback unique while keeping true to the experience that Fast & Furious fans know and love.

To do this, he said really focused his attention on the little things. For example, the sound of every engine will produce a different sensation in your seat, but they will remain consistent for the entirety of the film! This means that if Dom is driving a Hummer, Jordan ensured that the sensation will be stronger when you hear that motor as opposed to if Dom is driving a less powerful vehicle. Jordan also made sure that the sensation of each vehicle will remain the same throughout the entire movie, increasing viewer enjoyability in a subtle yet impactful way.

Another way that he was able to keep things fresh is through the terrain and the resulting textures in the seat. With Dom & his crew going around the world (and even outside of it!), Dustin was able to adjust the feedback based on if the cars were being driven on a flat street, in mountainous terrain or floating in outer space.

Finally, Jordan matched the volume intensity to the intensity of the movement in the chair. Without this extra step, a car crash that occurs in the distance would have the same movement as one that occurs right in the middle of the screen!

Get Immersed in a POV

As Jordan explained, in an action movie like F9, what you see is what you get. The movie is very action-packed with lots of things happening on screen at once, making it difficult to know what motion goes with what action. As a result, Jordan said he also focused his haptic feedback on the point of view of the main character in any given scene—which means that for F9, you truly step into the driver’s seat with Dom as he comes face-to-face with his estranged brother.

Be Part of the Movie

Just as Hollywood wouldn’t let a movie hit the big screen without perfecting it, the same is true for the D-BOX experience. Every movie encoded with the patented haptic feedback is given hours of attention by talented haptic designers who work meticulously to enhance the action on-screen! With everything from paying attention to the movie’s sounds, locations and storylines as well as working with studios to make sure the experience accurately reflects the vision of the creators, it’s all of these details that come together to provide a premium theatrical experience for every person who sees a movie in D-BOX. There is truly no greater advocate for the D-BOX experience than those who create the experience themselves, so take it from Jordan— “F9 is what the chair is designed to do.”