D-BOX at IAAPA 2021 – Attractions Industry Back & Ready to Entertain

From November 15th to 19th, D-BOX was thrilled to attend the annual International Association of Amusement parks and Attractions (IAAPA) conference and trade show that took place in Orlando, Florida!

As is the case every year at IAAPA, the goal was to build valuable connections, meet with business partners and to reconnect with key industry players. This was all even more important this year, with the industry looking to bounce back after two years of COVID-19 restrictions.

Though there were less participants than normal due to current situation, the quality of the attendees was high and the Trade Show floor was stocked full of new attractions being showcased!

During the event, one of D-BOX’s partners— LAI Games—gave a virtual VR tour to 10-15 media and big industry players in which they highlighted their Virtual Rabbids: The big ride attraction.

While they described their revolutionary game in detail, we had the opportunity to describe how the D-BOX haptic feedback works to increase its realism, reduce motion sickness for its players and how haptic technology takes entertainment experiences of all kinds to the next level! 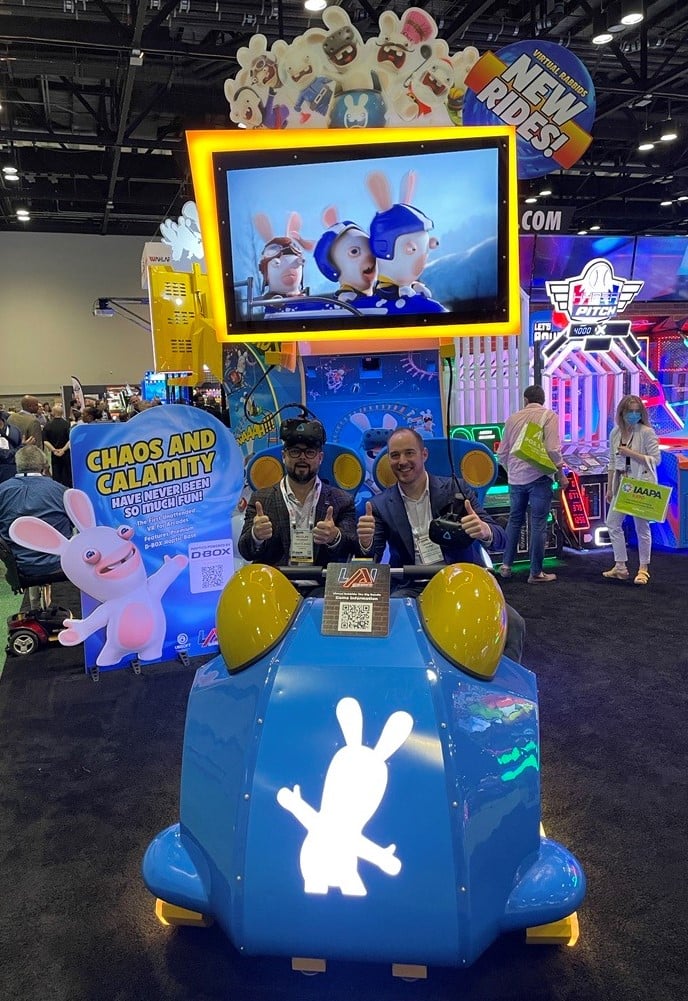 Many of D-BOX’s partners were also present at IIAPA, showcasing their immersive attractions to key industry players. Triotech proudly had Storm, an immersive VR simulator on display, as well as Typhoon, their media-based simulator ride and Dark Tide, a multi-sensory interactive attraction.

Creative Works, another one of our partners, had their Hyperdeck VR attraction on display as well as their newest game, a Spongebob-themed two rider attraction with haptics powered by D-BOX! The Spongebob game features one driver and one shooter who have to work together to deliver Krabby Patties to the residents of Bikini Bottom. This new family-oriented game received stellar comments, and its early sales reflected the hype!

The future of the attractions industry

Attending IAAPA re-iterated for many attendees that the future is bright for the attractions industry. The event was the perfect opportunity to meet with partners both new and old, to re-establish existing relationships among industry leaders, and to ultimately shape the future of interactive attractions!

Among the showroom floor were even players in the cinema industry, including one of D-BOX’s key partners Cinemark, which is looking to bring smaller attractions and rides into cinemas to create a full, one-stop-shop entertainment center for fun-seekers everywhere.

IAAPA 2021: A success for all involved

With more than 27,000 registered attendees, more than 20,000 individual buyers, 8000 buyer companies and 882 exhibiting companies, the 2021 edition of IAAPA made it clear that the attractions industry as a whole is back and ready to entertain! 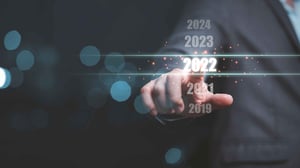 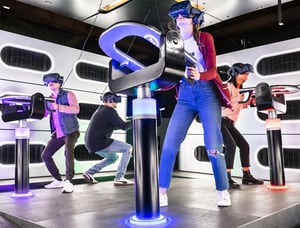 The Secret to Pushing the Possibilities of Interactive Attractions