The ultimate authority for racing in North America, the National Association for Stock Car Auto Racing (NASCAR) sanctions over 1500 races each year at over 100 tracks in the USA, Mexico, Canada and Europe. Also involved in esports, eNASCAR hosts some of the world’s most prestigious racing simulation series—most notably the International iRacing series, which D-BOX is extremely proud to sponsor!

This sponsorship aligns with D-BOX’s goal of continuing to grow the sport of sim racing on the global stage and allows us to demonstrate the power training with a D-BOX haptic system has for professionals.

As stated by our ambassador Anthony Alfredo, a D-BOX haptic system is a must for professional drivers. “When realism is the priority, no system available today even comes close to D-BOX. Having had the chance to try multiple motion platforms in the past, I can confidently say that the subtle cues that D-BOX provides are truly what sets them apart from the rest! What I really look for is how my tires, suspension and overall chassis are behaving, and that requires precision rather than speed from hardware.” This means that high-quality haptic feedback is crucial in helping sim racers achieve their full potential and eventually participate in events such as the eNASCAR International iRacing Series, which took place in January and early February of this year!

Keep reading to learn more about how this years’ races went down and to discover the winner of our contest, in which we gave away a NASCAR Digital Motorsport simulator outfitted with D-BOX haptic technology. 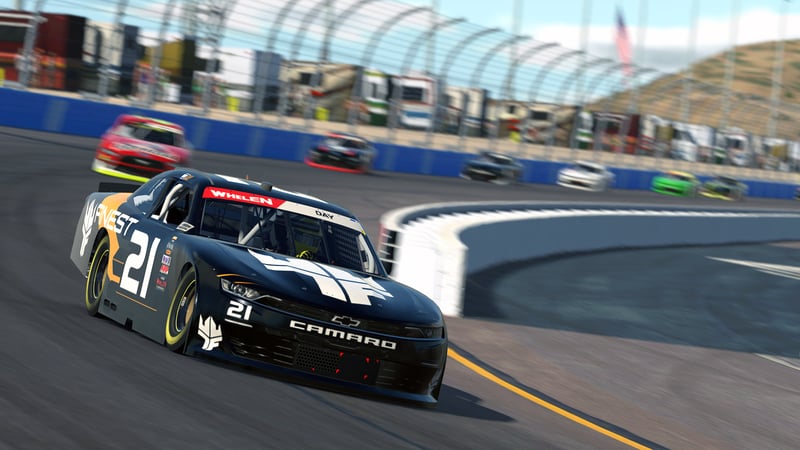 About the eNASCAR International iRacing Series

Following a successful debut season in 2021, the eNASCAR International iRacing Series was confirmed for 2022 with 5 new races taking place on virtual tracks all over the world!

During this competition, drivers compete via iRacing.com—the official simulation partner of NASCAR—which provides one of the top online racing simulation portals and features officially sanctioned, laser-scanned replicas of different racetracks around the world.

The 5 races featured 31 of the world’s best sim racing drivers and were all streamed live online for sim racing enthusiasts around the world to see!

The drivers of this years’ races have previously participated in other prestigious events such as the NASCAR Whelen Euro Series, NASCAR Peak Mexico Series, NASCAR’s Pinty’s Series, as well as NASCAR’s 2022 Drive for Diversity class.

This international competition provides great exposure for the sport of sim racing and helps support the best athletes on the biggest stage!

This years’ first race took place on the virtual version of the Homestead-Miami Speedway on January 8th. Having to complete a total of 60 laps, it was tied for the longest race of the series!

As a result, after a long and hard-fought battle, Rajah Caruth—a driver behind the virtual wheel of a Chevrolet—ended up championing race 1 of 5.

Caruth would seek to add more points to his tally during the second race, which took place a week later on January 15!

This time, racers had to complete 30 laps of the virtual Canadian Tire Motorsports Park, which is physically located in Bowmanville, Ontario.

It was in this second race that Alon Day of Israel would begin his dominance of the event, ultimately coming in first place and putting his name on the list of contenders.

The following Saturday, drivers who had not yet crossed the finish line first were attempting to complete 30 laps of Belgium’s Circuit Zolder as quickly as possible to put themselves in contention for the $100 000 of prize money.

However, despite their best efforts, Day once again saw the chequered flag first—launching him into first place with two victories in three races!

With only two races to go, it would be difficult for other drivers to overtake the leader as long as he kept finishing in top spots, but that didn’t stop them from trying.

The fourth race went back to Florida and took place on January 29th on the virtual Daytona International Speedway. Thirty laps later, Day continued his complete dominance and all but cemented his victory of the 2022 eNASCAR International iRacing Series by once again being the first to cross the finish line.

The final race of the event took place on the Phoenix Raceway on February 5th.

Treyten Lapcevich, who was also behind the wheel of a Chevrolet, was the first to complete the race’s 65 laps by holding off a closely packed field. Not only did he cross the finish line first, but he also picked up the fastest lap of the race!

Closely behind him was Day, who started in second place and ran within the top five the entire race. In third place was race one’s winner, Caruth.

When all was said and done, Day finished the 2022 eNASCAR International iRacing Series with 172 points—making him the champion—while Lapcevich came in second with 165.

While the official races were taking place, there was also a second competition underway—if you took a stab at guessing who would come out on top of the Series, then you were entered into a D-BOX exclusive contest!

This contest had a one-of-a-kind prize attached to it: a Digital Motorsports NASCAR simulator that comes decked out with D-BOX’s high-fidelity, ultra-immersive haptic technology.

We were overjoyed with the high rate of participation in this contest are proud to announce that Byron Hughes is the lucky winner!

D-BOX is incredibly proud to have sponsored such a prestigious event in collaboration with NASCAR and Digital Motorsports and would like to congratulate all the participants of the Series. We’d also like to thank all of those who participated in the contest!

With a completed event as successful as this one, D-BOX looks forward to continuing to work hand-in-hand with NASCAR, Digital Motorsports, drivers and other industry leaders to help put sim racing on the international stage. The future of the sport is brighter than ever! 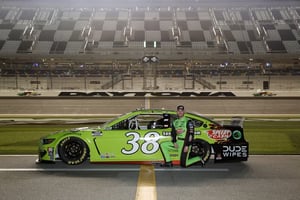