D-BOX: A Giant of Premium Formats

On July 13, D-BOX had the honour of participating in a Box Office Pro Live Session discussing the giants of the premium format and their role in the return to cinemas after the global pandemic. 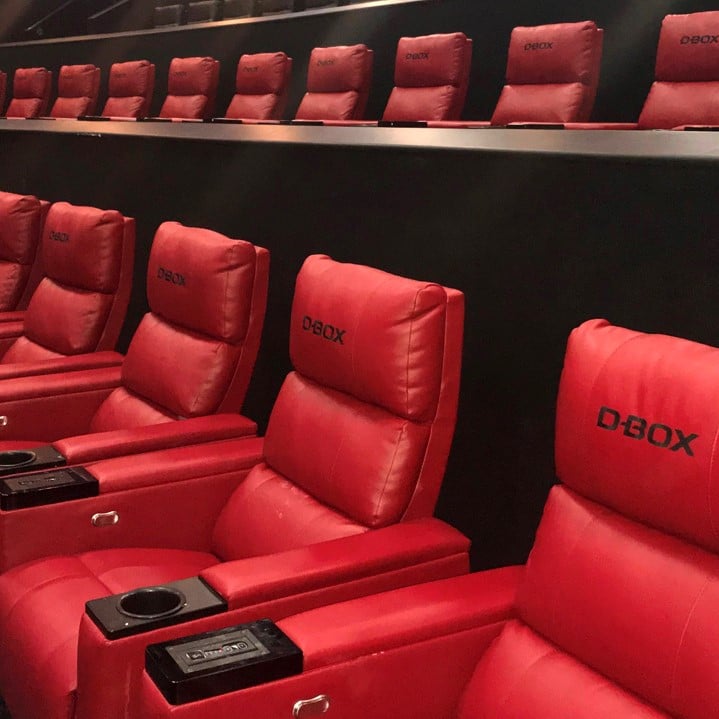 Coming off the opening weekend of Black Widow and a few weeks removed from F9, this aptly timed session saw D-BOX sit alongside fellow panelists from AMC and ICE Theaters as well as an analyst from Omdia to highlight how premium has truly helped drive the return to theaters worldwide!

OMDIA: PREMIUM IS THE WAY FORWARD

Per Charlotte Jones, a Principal Analyst at Omdia, consumers tend to gravitate towards high-quality, unique and immersive experiences, and have recently seen incremental value in branded formats despite their higher ticket prices.

For exhibitors, this is welcome news—while premium formats remain a small part of the overall theatrical footprint, research shows it’s a rapidly growing one with room for expansion and a high return on investment.

Omdia’s research also shows that the market is far from being oversaturated— some European markets currently have less than the average number of premium format screens, meaning that there’s plenty of market opportunities for theaters to install premium formats in the coming months and years.

Because of the success of premium formats, many exhibitors are now adopting multiple premium formats alongside their own branded screens to maximize the potential for attracting different premium audiences.

As theaters began to re-open after the COVID-19 pandemic, moviegoers who spent the last year watching movies at home sought the most immersive experience for their return to theaters. Because of this, pent up demand is stronger for premium as premium formats create a greater differentiation over streaming and other leisure activities.

Of all the premium formats currently occupying the theatrical space, D-BOX’s global footprint is second only to IMAX.

Despite already being one of the leading installs in the world as a premium format with approximately 760 screens in 42 countries, D-BOX is continuing to evolve and expand.

As Jean-François Gagnon, D-BOX’s Theatrical Global Sales Director explained in the live session, eight additional screens with haptic recliners are coming to Cinemark in the United States this year, with the latest one having recently opened in Daly City, San Francisco.

Additionally, D-BOX recently installed a screen with Filmhouse in Nigeria— a market with enormous premium potential—and an additional full D-BOX auditorium is heading to Hoyts in Perth, Australia in the coming months.

D-BOX & THE DEMAND FOR PREMIUM

As was emphasized by everyone on the panel, there’s a pent-up demand for immersive cinematic experiences that’s driving people to theaters for the enhanced entertainment level they’re unable to recreate at home.

Gagnon re-iterated this point himself: D-BOX audiences have proven that they are willing to pay more for the premium experience as a treat to themselves after a year stuck at home.

This growing premium appetite was clearly demonstrated by D-BOX’s strong opening weekend results for the latest D-BOX titles such as Godzilla vs Kong, which sold more D-BOX tickets than the previous Godzilla film in 2019. It was also proven yet again by the huge success of F9—where D-BOX experienced phenomenal results on a global scale, becoming the one of the strongest releases post-pandemic so far. Because of these successes, D-BOX has a bullish attitude on the return the theaters and continued premium demand.

The increased demand for premium is not the only factor that led to D-BOX’s recent success, but also the quality of the premium experience itself. For D-BOX, encoding is an artistic concept— sound engineers listen to the movies and use the audio tracks to place just the right amount of haptic feedback, making it never too intense and never too subtle.

As explained by Gagnon during the panel, this perfectly synchronized haptic feedback starts in the post-production phase of a movie, as D-BOX works directly with studio partners to enrich and elevate the storyline in ways the studios originally intended.

This is done by our in-house haptic designers, who leverage different haptic cues related to movements, vibrations and textures to create a haptic motion track unique to each film. It is through these haptic tracks that D-BOX brings a new layer of immersion to a movie’s audio and visuals, captivating audiences in a way that hasn’t been done before.

By engaging and bridging the senses of moviegoers, the D-BOX premium experience is proven to enrich memory recall and is a fantastic way to add to the narrative of non-action scenes in a film, added Gagnon.

With most of D-BOX’s haptic designers having a background in sound or sound design and with all of them having gone through D-BOX’s unique training process, they’re able to highlight specific details and sounds in the movie while creating a motion track that is in perfect sync and harmony with the action on-screen.

This is important because it is this precise synchronization that creates a full sense of immersion and that brings the heightened sense of realism, creating the feeling of truly being part of the movie for audiences everywhere.

With strategic partnerships with most major studios, D-BOX is able to encode all different genres of movies for exhibitors, with everything from major action movies to family titles to horror. With an exciting upcoming slate that will include blockbuster titles such as Dune, No Time to Die, Top Gun: Maverick, Venom: Let There Be Carnage as well as some international titles, D-BOX looks forward to working with studios for years to come on films that moviegoers will flock to theaters to see.

HOW TO MAKE THE MOST OF PREMIUM FORMATS

With premium formats becoming more popular among moviegoers and more popular with exhibitors worldwide, it’s important for exhibitors to properly market their premium screens to make the most of them.

As discussed during the live session, scheduling is extremely important when it comes to premium formats. You have to maximize starts, since movies typically only last a week in premium formats—the next week, they will have moved on to the newest release.

With a short window for audiences to see a new release on a premium screen, the panel emphasized how important early decisions are when it comes to choosing a movie slate. Deciding on the slate in advance means that you can market the premium experience well in advance as well!

The panel emphasized that this marketing is especially crucial in the immediate return to theaters, since so many high-profile titles are coming up in the third and fourth quarters due to pandemic-related postponements.

Exhibitors must communicate to their moviegoers that they need to watch their movies in their preferred premium format almost immediately after they hit theaters due to the congested film schedule. If audiences aren’t aware of this, theaters (and moviegoers) will miss their opportunity to make the best of their premium screens.

BRING D-BOX TO A THEATER NEAR YOU

With so much pent-up demand for premium formats and with so much room for expansion and growth, D-BOX looks forward to continuing to supply their exhibitors with high-quality haptic experiences that moviegoers will want to come back for, for many years to come.

If you would like to see how D-BOX could move your audiences and your sales, please communicate with one of our haptic experts today! 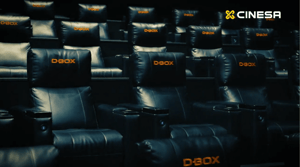 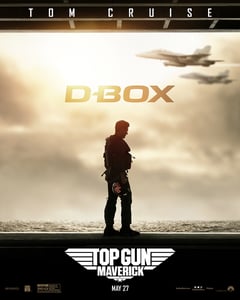