In case you missed part 1 of our interview with NASCAR driver Anthony Alfredo discussing his journey from go kart driver to professional NASCAR driver, be sure to check it out! He also went into detail about how he leverages sim racing as a professional training tool.

In part 2 of this interview, Anthony gives his best advice to all aspiring racers and sim racers, no matter their age or experience—using his rare path to the professional ranks as a source of wisdom to help others.

What would be the single best thing I could do, in your opinion—whether it comes to equipment or a specific habit to develop—to start getting into sim racing and NASCAR?

I think iRacing, nowadays, it's just so easy to look it up on YouTube and just see what it's all about, get excited, see the content people are producing, and kind of see all the different cars and tracks you got.
I mean, almost every track around the entire world is on iRacing. We've even preserved some old historical tracks that have been renovated and rescanned that we don't race on anymore in real life, but you can race on virtually.

It's [also] exciting from the aspect of being able to drive different cars. For me, I haven't competed in, say, an off-road truck, but I can in iRacing. I think doing that actually makes you more well-rounded as a racer and better in general.

For NASCAR, I think it goes hand in hand with iRacing. I actually know people who've raced NASCAR Oval Style Stock Car racing on iRacing before they've ever watched a NASCAR race, and they realized how it's not just turning left, it's way harder. Like, ‘wow, this is cool.’ And then they become race fans.

I think another way to do that is just to go to a race. I always tell people TV does not do it justice because I grew up watching it and I liked it, but it wasn't until I went to my first ever race that I got hooked. Just the sights, the sounds, the smell of burnt rubber, it’s just the coolest experience ever. I think that gives you a really good taste and kind of gets you excited to have the opportunity to obviously go on iRacing and try it out for yourself.

We’ve talked about iRacing a lot and how it’s a powerful tool, but it can be intimidating for aspiring sim racers when they boot it up for the first time. What advice would you give them as they start getting into the game and how can they get the most out of their experience?

The biggest thing is just to practice. You can test by yourself to build confidence and get comfortable. The races you get put in when you compete online are basically skill-based because the split you’re put in is based on your iRating, which is essentially your skill or success level. So, when you start out, you’re going to be racing against people with the same amount of experience.

It can be hectic starting as a rookie on there […] and races can be pretty dicey because everybody’s learning, right? People are hitting each other or hitting the wall, there are crashes all over the place. As you do better and you learn to avoid some of that stuff, you just kind of work your way up and you race better people, so the racing gets cleaner and you just kind of learn as you grow, so it’s actually pretty consistent in that sense. You’re not thrown to the wolves.

If you had to choose certain elements about iRacing that would help sim racers improve, what would they be?

I think I would have to say to have patience. I’m not going to call it a downside—it’s a positive—but what’s difficult about it is because it’s so realistic, it’s not just something you pick up and figure out overnight. It’s like driving a real race car so you have to be patient and put time into practice, and just try to improve upon mistakes you might make or learn from other competitors who might be faster than you.

[Also], have fun with it because at the end of the day, even though it’s very realistic, I think a lot of us—myself included—at times get a little bit too serious about it, too aggravated at times, too emotional. As with anything [you’re passionate about], when things don’t go your way, you’re disappointed. At the end of the day, we’re all on iRacing to have a good time, have fun and enjoy the platform!

On the same note, what would you say is one aspect of iRacing that people don’t take full advantage of, that could help them translate to real-life skills?
That’s a great question because I always talk about how realistic it is and obviously, I said to have fun with it, but that doesn’t mean necessarily be completely silly and go out there and not take it seriously at all. Most of the people on there take it seriously enough that they’re not going to intentionally cause a huge crash […] in an official race.

On a simulator, I do know some real-life drivers that get on there and, there’s a reset button, right? It’s not going to hurt when they crash and they’re not going to have to pay for the car if they crash, so they don’t take it as seriously as they maybe should.

I’ve actually had a driver ask me one time, "how do you prevent yourself from making moves on the sim that you might not make in real life?" and I told him that the biggest thing for me is I just treat it like real life.

I get fully immersed in the sim […] and pretend I’m in a real race, only doing things I would actually do, and treat it just like real life. I think that helps you really make the most of what iRacing and simulations have to offer.

If somebody like you—without any friends or family in the field—wanted to start getting serious about racing, where would you suggest they start in terms of equipment and software?
Number one, if you have a local rental Go Kart track [near you], most of them supply the helmets, everything. You don’t have to own a single piece of equipment to go get some real-life experience to just get your feet wet, see if you really do like it, practice and, of course, learn.

Then that’s when iRacing comes into play. I built my first computer in the 7th grade and a lot of kids now play PC games too, so a lot of them already have access to a PC. If you have that, all you need is a wheel and pedal set up. You don’t have to have some extravagant racing cockpit. You can really start with just a desk with a wheel that clamps on and your pedals down at the floor. That’s how I originally started.
One of our drivers won [a] World Championship playing at his desk, so that proves that someone has been the best in the world and didn’t even have top of the line equipment.

Even if it’s someone who’s not necessarily actually pursuing racing, it’s just something so fun to be a part of because sim racing is growing and there’s no other esport that’s so realistic. I literally went from playing a game on the computer to doing it in real life. Nobody just plays Madden and then goes on to become a quarterback. It’s literally the only sport I can think of where you can earn real-life skills and go on to pursue it for real.

Anthony kicked off his 2022 season on February 19 at the Daytona International Speedway and continues it nearly all year long with races being held almost every week through the month of October.

To not miss anything, be sure to check out his website and his YouTube page to keep up with latest results and to see what the future has in store for this bright & talented racer! 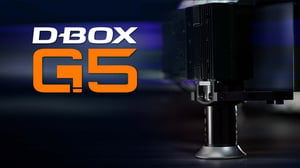