6 Movies to see in D-BOX this October

With summer now behind us, more people are getting ready to embrace the new season by finding different activities for themselves and for their families. Whether it be on a rainy Saturday or for date night during the week, going to the movies is a budget-friendly way to get out of the house and have some fun — and with a great lineup of October releases, it’s the perfect time to treat yourself to the D-BOX premium experience! 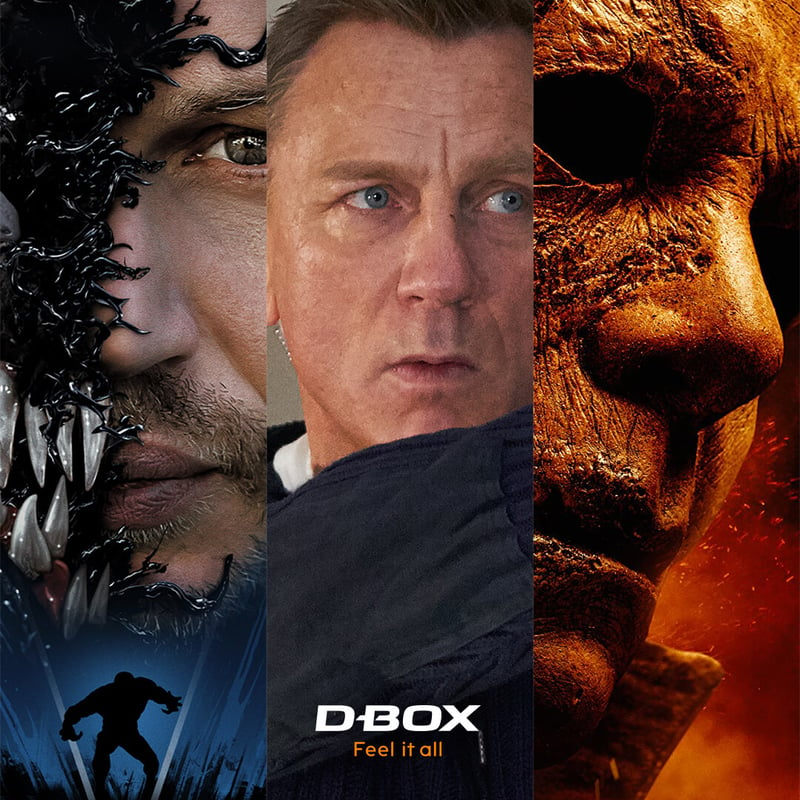 Venom: Let There Be Carnage

Sony’s second film in the Spider-Man Universe comes three years after the first Venom film, and, as the title promises, there will be carnage!

A little over a year after the events of the first movie, journalist Eddie Brock (Tom Hardy) still finds himself having a hard time adjusting to being Venom’s host, as he is forced to bring the alien with him everywhere he goes. Though playing host comes with fun super-human abilities, Eddy’s situation gets more complicated when he attempts to reignite his career by interviewing serial killer Cletus Kasady— who escapes from prison and ends up playing host to the alien Carnage (Woody Harrelson).

With dueling aliens and dueling hosts, those who see Venom: Let There Be Carnage in D-BOX as of October 1 will truly be in the heart of the action!

Check out a sneak peak below and get ready to feel every chilling moment like never before! Morticia (Charlize Theron) and Gomez (Oscar Isaac) Addams are mortified when their two children, Wednesday (Chloë Grace Moretz) and Pugsley (Javon Walton) no longer want to be seen with them — after all, they’re at an age when parents are no longer seen as “cool.”

Worried that their children are spending too much time on their “screams” and not enough with their family, Gomez pulls out the old, haunted family camper to take his family on one last memorable road trip!

Along with Uncle Fester (Christopher Lloyd), the Addams hit the road in this family-friendly fall flick to head on an adventure across the United States. Not only do they find themselves in wacky, laugh-inducing scenarios at every stop, but they also have hilarious run-ins with friends such as Cousin Itt (Snoop Dogg)!

Feel every twist and turn of the road trip alongside the charming Addams family when the sequel to the 2019 film hits theaters and D-BOX auditoriums on October 1. No Time to Die

The first James Bond movie to ever be released in the D-BOX premium format and the last to star Daniel Craig, No Time To Die’s almost two-year awaited release will finally arrive on October 8!

Five years after Bond leaves active service, friend and CIA officer Felix Leiter enlists his help to search for a missing scientist. After reuniting with his secretary and the new 007, it becomes clear that the scientist was kidnapped—and Bond must now face a foe (Rami Malek) whose plans could result in the deaths of more than just the scientist.

Check out the trailer below then head out of retirement with Bond and straight into action when this long-awaited film hits theaters this coming week. The 12th installment of the Halloween franchise comes just in time for moviegoers around the world to get ready for the holiday with a classic slasher movie!

When Myers manages to free himself, he goes on a rampage—leaving destruction and death behind him in a straight line that heads right towards his former childhood home. Tired of being terrorized by Myers, the Strode family joins another group of Myers survivors as they head out on a manhunt, hoping to put an end to the brutal murders.

Get into the Halloween spirit and feel every spine-tingling moment on the edge of your seat as Halloween Kills hits theaters in D-BOX on October 15. Directed by Denis Villeneuve and based roughly on the first half of the 1965 novel with the same name, a gifted young man heads on a mission to the dangerous planet of Arrakis—also known as Dune—to ensure the survival of his family and of his people.

Home to an extremely valuable substance that extends life, provides advanced thought and allows for extremely fast travel speeds, Dune is lined with danger and conflict as vengeful forces fight over the precious resource.

Featuring Timothée Chalamet, Zendaya, Rebecca Ferguson and Jason Momoa, you can become part of the inter-planetary journey with Paul Atreides as he fights giant sandworms and much more on his quest to save his family as of October 22. The third animated superhero film based on the Japanese manga My Hero Academia, this fall film sees Pro-Heroes around the world join forces with U.A Academy students to stop a mysterious terrorist group called Humarize!

Follow along with Japan’s biggest and most beloved superheroes as they track down the mastermind behind a lethal chemical attack in order to save the future of humanity—before it’s too late— in D-BOX theaters as of October 29. With family-friendly titles, action-packed ones, thrillers, manga and more, there’s sure to be a D-BOX movie hitting theaters this October to please every type of moviegoers! 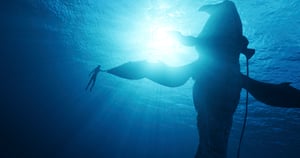