In 2022, there was no shortage of blockbuster movies that hit the big screen. Between Top Gun: Maverick, Jurassic World: Dominion, Black Panther: Wakanda Forever and more, it was an immensely successful and entertaining year for D-BOX moviegoers!

Now that 2022 has come to close, it’s time to keep that momentum rolling into the new year. In 2023, moviegoers can continue to expect to be immersed in Hollywood’s biggest titles with D-BOX’s more than 65,000 unique haptic effects moving perfectly in-sync with the action on-screen!

Below are just six of the biggest titles that will be released with D-BOX's haptic feedback over the next six months.

After a Brodie Terrance (Butler), a pilot, is forced to make a risky emergency landing during a dangerous storm that has damaged his aircraft, he and the passengers are taken hostage by the local militants. Fortunately for them, the flight was transporting a convicted fugitive who has the skills they need to survive—if they can find a way to be rescued in time.

You can join the fight for survival and feel every thrilling moment of this action-packed movie when it hits theaters on January 13th!

Ant-Man and the Wasp: Quantumania

Ant-Man is about to find out that exploring the Quantum Realm is no easy task.

Featuring Paul Rudd as Ant-Man/Scott Lang, Evangeline Lilly as Hope Van Dyne and Jonathan Majors as Kang the Conquerer, Ant-Man & the Wasp: Quantumania follows Scott and Hope as they go on an adventure with Hope’s parents across the Quantum Realm. However, the journey pushes them to their absolute limits and pits them against Kang, turning the trip into an action-packed adventure like no other!

The sequel to 2018’s Ant-Man and the Wasp, this 31st film of the Marvel Cinematic Universe is the first of Marvel’s phase 5 and is based on multiple comics that have featured the title characters over the years.

You can discover what it’s like to both shrink and grow all while travelling across the Quantum Realm by seeing Ant-Man and the Wasp: Quantumania in a D-BOX theater as of February 17th!

Shazam! Fury of the Gods

Shazam! Fury of the Gods builds upon the story of the 2019 film Shazam!, which followed Billy and his foster siblings who turn into superheroes upon speaking the word ‘shazam’!

In this new movie, Billy and his siblings are forced to fight the 5 daughters of the god Atlas before they’re able to unleash a lethal weapon upon humanity that would destroy the world as they know it.

Starring Zachary Levi and Djimon Hounsou as Shazam, Jack Dylan Grazer as Freddy, Lucy Liu as Kalypso and more, you’ll feel every transformation and all the fury of the film when you see this movie in a D-BOX theater as of March 17th!

Coming to theaters on March 24, John Wick: Chapter 4 sees the title character finally figure out a way to defeat the mighty High Table!

However, before he can take them down and be free, he has one more enemy to vanquish—but this enemy happens to have powerful alliances all around the world, forcing John to turn against those he once considered friends.

With Keanu Reeves reprising his ever-famous role as John Wick, Donnie Yen playing Caine, a high table assassin, Bill Skarsgård as the Marquis de Gramont and with Laurence Fishburne taking on the role of The Bowery King who was left for dead by the High Table, you won’t want to miss a second of this action-packed 4th installment in the John Wick franchise.

Be sure to join John’s fight against the High Table by seeing John Wick: Chapter 4 in a D-BOX theater near you!

Starring Chris Pratt as Mario, Anya Taylor-Joy as Princess Peach, Charlie Day as Luigi, Jack Black as Bowser, Keegan-Michael Key as Toad and Seth Rogen as Donkey Kong, this star-studded cast will be bringing the videogame icon to life once more on the big screen on April 7th!

In Mario’s latest adventure, he must band together with all his fellow friends to prevent Bowser from executing his harmful plan to take over the world.

Be sure to level up your movie-watching experience by seeing The Super Mario Bros. Movie in a D-BOX theater near you!

Dungeons and Dragons: Honor Among Thieves

Featuring Chris Pine as Edgin, Michelle Rodriguez as Holga, Regé-Jean Page as Zenk and Hugh Grant as Forge, the game that took the world by storm is coming to the big screen as of March 23rd!

In Dungeons & Dragons: Honor Among Thieves, a group of friends embark on a journey to find a long-lost relic, but as you may expect, their quest doesn’t quite go as planned and they run into others who put their mission in peril.

You can bring the playful spirit of the world-famous roleplaying game to life by seeing Dungeons and Dragons: Honor Among Thieves in D-BOX as of March 23rd!

2023: Another year of exciting haptic releases

With a wide variety of new releases, 2023 is sure to have a D-BOX movie for everyone, whether you prefer action, thrillers or family-friendly titles!

By watching any of these six movies with haptic feedback, you’ll get an experience that immerses you in the on-screen action in a way you've never experienced before. You will feel like you’re actually on adventure alongside the main characters.

Be sure to secure your tickets for your favourites as soon as they are available! 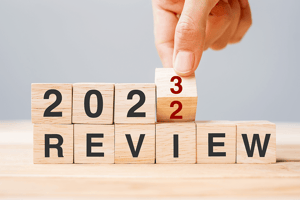